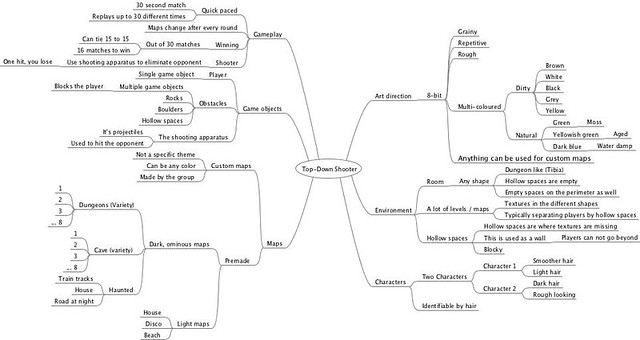 The game will comprise 2 players. They don’t have a choice to customize. They will get two premade character sprites. The goal of the game is to eliminate the other player using shooting gameplay. A projectile will be fired and if it strikes the opponent, they lose. This continues for up to 30 rounds to decide a winner or the players can tie if they go 15 to 15. The maps will constantly be changing (after each round). The art will be 8-bit; everything from characters to the map. Also in the maps will be obstacles (made from game objects) that block the players. The gameplay is made to be quick-paced. 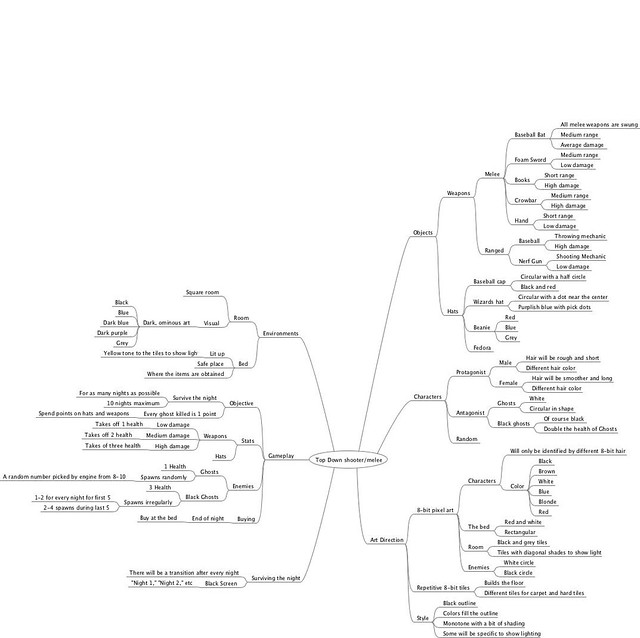 This game’s gameplay will be similarly based on Hotline Miami. The game’s story is a child in his bedroom defending his room with tools from his bed such as baseball bats, books, etc. The game is intended to have both melee and shooting elements. This is just me being optimistic and if I can get it down to just a melee before the school year ends, I’ll be happy. The antagonists in this game will be black and white circles to represent ghosts. The weapons are used to eliminate these ghosts to win. The art of the environment and objects in the game will be an 8-bit pixel styling.